Just like us, the dogs also like baseball, and they love to watch players running in the grass, chasing a ball, sliding in the dirt, etc. The promotion of Major League Baseball’s “Bark in the Park” has been a great success. Now, dogs can also come with us to watch a live game. Many baseball fans keep their dogs’ names related to baseball. In the following write-up, we will discuss the 10 best baseball dog names.

Below Are Highlights of the 10 Best Baseball Dog Names It is a great male or female dog name for any Red Sox fan or Boston pup. The owner of the historic team, John Taylor, constructed the stadium after the Fenway neighborhood or Fenway Realty, his family business.

You can also keep your dog’s name on the nickname of the team, the BoSox. Many other names can be taken from the stadium like Monster after the Green Monster, Yawkey after the street address, Yaz after the retired Carl Yastrzemski, and Pesky after the pole named on coach Johnny Pesky. 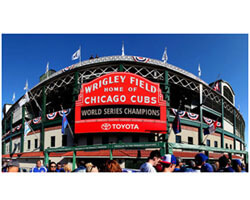 This popular male/female dog name is based on the historic baseball park, which has celebrated 100th birthday recently. It is at the top of the list of “Bark in the Park”. “The Friendly Confines” is famous for the friendly bleachers and ivy-covered walls. The cubs are the underdogs, and it is one of the great Chicago dog names.

Some other related dog names are Cub or Cubbie, Ernie after player Ernie Banks, Ivy after outfield walls, Addie after Addison street address of the stadium, Harry Carey after the broadcaster and Comiskey if you are Southsider and prefers White Sox. The Cleveland Indians Park is also known as Jacobs Field. This name was kept on two owners Richard and David Jacobs, and it is then known as “The Jake”. Now, it is also called Progressive Field. Jake is one of the best baseball dog names.

You can also choose these names for your dogs, such as Larry or Doby, after the first African-American player, Wahoo, after the Indian chief, as mentioned in the logo, or Mascot Slider. 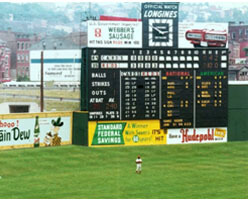 Crosley Fields hosted the Cincinnati Reds from 1912 to 1970. It is a good dog name as compared to the current stadium, i.e., the Great American Ballpark. The nickname of the new stadium is G.A.B. or Gabby.

Red fans can also choose other famous names like Nuxy after a broadcaster Joe Nuxhall, Griff or Griffey after Ken Senior and Junior, Rosie after Pete Rosie, Schottzie for St. Bernard after Marge Schott. From 1964 to 2008, the home of the New York Mets, also known as Shea Stadium was named after William A. Shea, a lawyer who helped in bringing up the National League back to New York. Many historical moments are connected with the site. Therefore, Shea is a perfect dog name.

You can also name your dog as Apple for a female dog after Big Apple, the mascot name Mr. Met, on Gil Hodges, who was the leader of 1969 Miracle Mets. The home of the Baltimore Orioles, also known as Camden Yards, is constructed on the location of the former Camden railway station. Many people keep their dog’s name as Camden, Eutaw after the nickname of the team, the team address of the stadium, etc.

Other recommended names are Eddie and Murray for a pooch. The legendary Oriole played consecutive games and held a record at 2,632 as well as retired at the Camden Yards. Some many special players and moments are attached to this stadium. The Atlanta Braves’ Turner Field, which is also known as The Ted, gets its name from the owner as well as the prominent Atlanta businessman, Ted Turner. You can name your dog after great teams and players. Ted is the popular dog name, which is based on this stadium.

Other names can be Hank (Aaron), Knucksie after Knuckleballer Phil Niekro, Chipper (Jones), Smoltzie after a leader John Smoltz, Tom Glavine after new hall of farmers Glav, and Greg “Maddog” Maddox. There are other famous names such as Tomahawk or Chopper, Bravo, and Homer. The home field of Milwaukee Brewers which is also known as Miller Park. A famous baseball dog, Hank, who was named after the Milwaukee. In this season, the dog showed up at the spring training facility of the team.

The club immediately adopted him. That dog has its own dog house in the stadium, and the team has already funded his name at the Wisconsin Human Society.

You can also name your dog as Miller, Brewer, Uke after Bob Uecker or Bernie, etc. These names are specially taken from the great personalities that are somehow connected to the baseball game. You can honor your dog with such names. It is one of the famous and best baseball dog names. The name was introduced after the founding owner of the Kansas City Royals’ Classic stadium, Ewing Kauffman. It is also known as “The K”.

The stadium had many memorable moments like winning of 1985 World Series. There are several recommended names such as George Brett, Quiz for Dan Quisenberry, and M.V.P.

Bret Saberhagen. Kauffman is a good name, but you can also consider names after your favorite teams, players, or mascot lion, Slugger. This dog name is specially introduced for dodger dogs, which is named after the Dodger Stadium in Los Angeles. It is a fitting name for the canine. You can also copy the dog name from the actress Alyssa Gibson dogs.

She named her one dog as Gibson, and the other one is Dodger. There are other related names like Chavez Ravine which is the location of the stadium, Vin Scully – the legendary broadcaster, Blue for “The Boys in Blue”, Koufax (Sandy), Gibson (Kirk) – the legendary World Series homer in 1988, and Fernando (Valenzuela).

Baseball fans across the world prefer to name their dogs after the name of stadiums, players, coaches, and even small baseball related things.