The home run is the elusive goal for every batter that comes up to face a pitch on the mound so that they can crack one down into the crowd and run past all the bases.

Every baseball batter has dreamed about hitting the game-winning grand slam that launches your team towards victory. It’s what makes the sport so beloved in America because hitting home runs isn’t easy in any one’s book.

There is a multitude of factors that you must all consider when trying to knock a ball out of the park. You’ll need to worry about things like bat weight, bat speed, squaring up the ball, and more.

However, with the right coaching and strategy in place, you should be able to connect with the ball often. As far as hitting a homerun is concerned, the most important piece of equipment that you must consider is the baseball bat you’re using.

So, when it comes to smoking a home run that wins your team the game, we’re going to be reviewing the best baseball bats to hit home runs in 2020. Generally, baseball players who base their game around hitting home runs out of the park want to have bats with bigger barrels, exit speeds, and end-loaded feel. A heavier MOI and a stiffer shaft also play a role in extending the length of the hit. Heavier bats are harder to swing. However, when you’re going for ultimate power in your swing, you want to be holding a bat that makes a big impact upon connection with the ball.

So, without further ado, let’s dive into the reviews of the best baseball bats to hit home runs in 2020 right here. We start with:

There’s no shortage of big-hitting BBCOR bats on the market, but we decided to select a 2-piece hybrid bat because of their durability and ultra-smooth feel in the grip.

The two bats that get honorable mentions are the 718 Select and the Marucci CAT 7, which are end-loaded sticks with a good-sized barrel and feels great when you contact the ball. 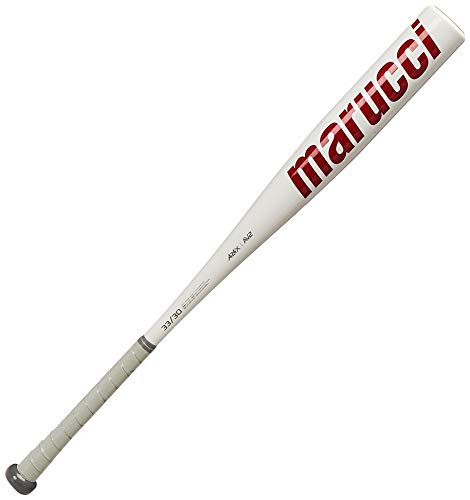 The Marucci CAT 7 Connect baseball bat is a hybrid 2-piece built for the heavy-hitting college players.

The bat has around 10% end load, making the swing heavier, but the barrel is excellently shaped. You get a solid connection and great feel every time you contact a ball, ensuring you get more hits than mishits.

Another great baseball bat for power hitters, the 718 Select is a favorite amongst baseball players as the bat has a massive end load. It’s one of the heaviest bats to swing around, and the two-piece connection of the bat gives it an ultra-smooth feel.

When you combine it with the lizard skin grip and nice tapered knob, you have a real winner on your hands.

It shouldn’t be a surprise that the 718 Select is a favorite amongst college players looking to strike it big.

We will discuss this at greater length later, but in general single-piece bats are better due to their ability to transfer more power to the ball. That’s plain physics as stiffer bats don’t transfer much power due to less energy being transferred to the ball.

The ironic part is that our list of best baseball bats for home runs in 2020 features hybrid or two-piece bats, as the hitters preferred the feel of the hits and misses on the bat.

In general, if you are looking for the best baseball bats for hitting home runs, you couldn’t go wrong with the hybrid bats as they are designed for big hitters.

Single-piece aluminum bats that are heavier are great for hitting home runs as well, and most college players who love hitting it out of the park prefer single piece bats.

The CF Zen Drop 5 is one of the best baseball bats for power hitters in 2020, and it is an absolute behemoth of a bat. Baseball players who have hit a baseball or can swing the bat comfortably have offered rave reviews about this bat.

The 2019 version of the bat is still available at a cut-price deal, and the bat is an absolute steal compared to others in the market. 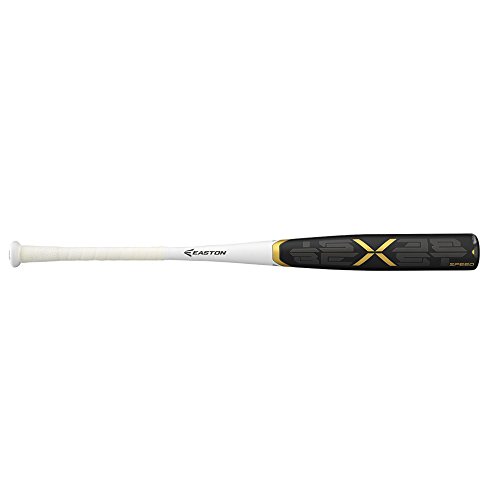 The Beast X Hybrid from Easton is an over-weighted drop 10 bat, but it could also be rated as a drop 8. Even though it has been miscategorized, this bat is still a bomb maker, and players who can swing this beast are in love with how it feels.

If you’re looking for the best exit speeds that could be generated from a baseball bat, the clear winner would be the Easton Beast X Hybrid.

Just go and watch any big hitting fastpitch player in college, and you’ll notice that most of them are swinging the drop 8 Xeno.

It’s an absolute monster of a bat with a superb end load, great feel, and that familiar sound.

The bat swings the heaviest out of all the bats that we measured, making it the right bat for sending the ball rows back into the crowd.

It’s important to note that scale weight isn’t compared to swing weight, which is a common mistake made by players when buying a baseball bat.